An Introduction to Shochu 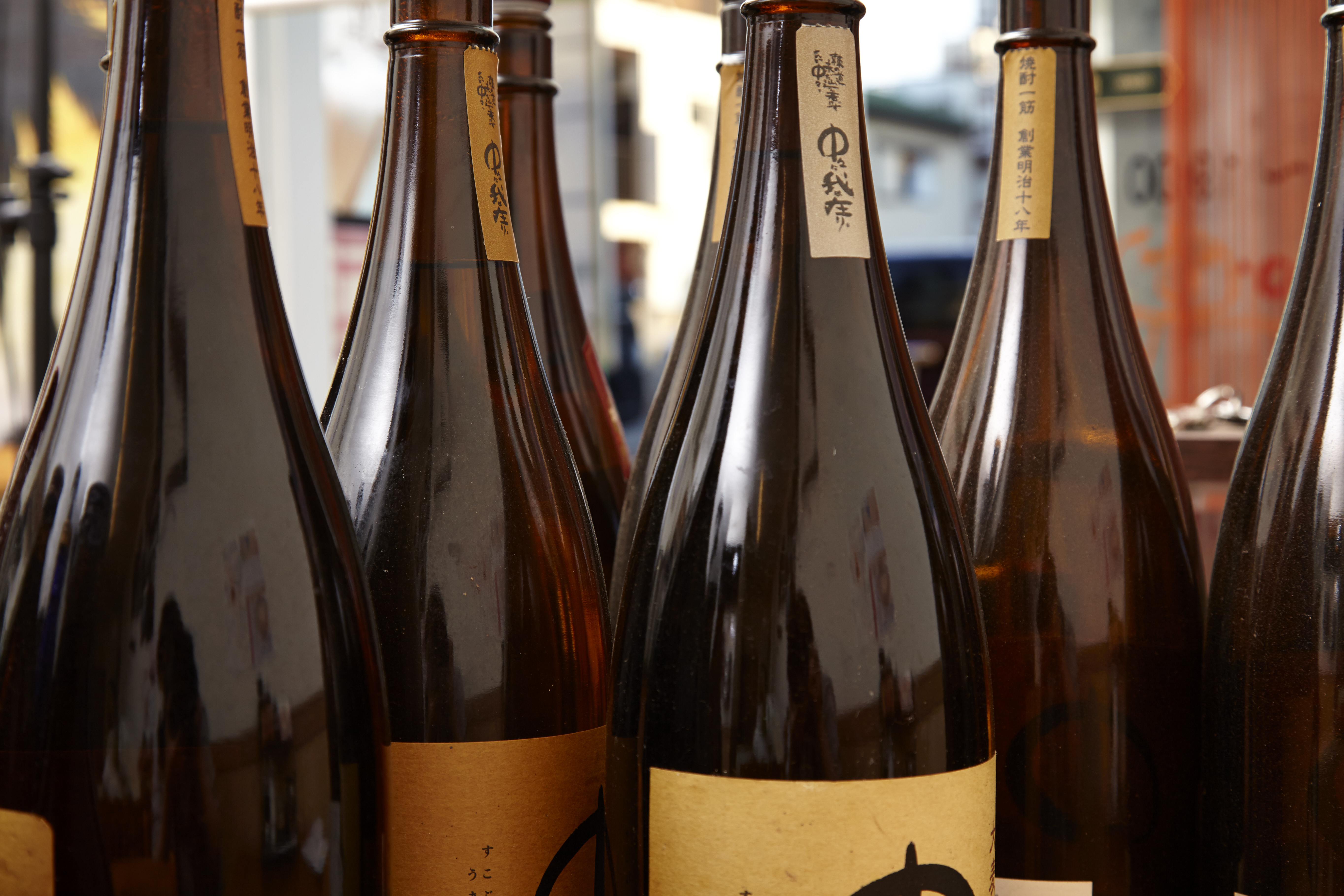 Shochu (焼酎) is a category of distilled spirits made in Japan. It is commonly confused for “Soju” or called “Japanese Vodka”. It could be considered similar to vodka in that some Shochu is made of (sweet) potatoes, Or confuse it with Sake (Nihonshu / 日本酒) since some of them are also made of rice. But it’s more accurate to say that shōchu is unlike any other alcohol. The most common thing among all the Shochus is that they are made in Japan, use a process with starch and kōji (mold spores) to make the alcohol, and are distilled to a range of 20%-45% ABV. These libations are more than the sum of their ingredients, production steps, and the aging process. They are more of a tapestry of different attempts at creating the perfect alcohol for a specific occasion, drinking style, or food pairing.

One of the few books on the subject of this spirit is Christopher Pellegrini’s “The Shochu Handbook: An Introduction to Japan’s Indigenous Distilled Drink”. In it, he noted that it is one of the most popular spirits sold in Japan.

There is a whole universe out there to taste. Shochu is produced in all of Japan’s prefectures, with more than 635 different distilleries. While Barley (Mugi), Rice (Kome), and Sweet Potato (Imo) are the common main ingredients, you can find it made from a wild sampling of flora from sesame to peanuts, peaches to Sudachi (a type of limes), aloe to cactus. The different styles and aging processes abound as well, with some producers importing cognac or champagne barrels to age their spirit for a few years, or calling the libation perfect after a few months in clay jars.

“Due to the immense variety of ingredients and resulting aroma, flavor profile, mouthfeel, and finish, the casual drinker will often find it difficult to pin shochu down or categorize it,” Pellegrini writes. “One can sample a different bottle each day for months on end and still have only a fleeting sense of what shochu is all about.”

Shochu can be traced to distillation processes done as far back as 1477 in Okinawa. Theories on how they learned to make the booze, who they learned it from, and how it spread to the rest of Japan are as plentiful as the different types of Shochu themselves.

By 1546, a Portuguese explorer noted that his hosts drank a spirit like araq made from rice. It became a common practice in 1696 to fortify nihonshu (sake) with Shochu. The sweet potato variant (Imo) had to wait until the 1700s to be made when the vegetable was imported to the islands. In recent years, Shochu has enjoyed a series of “booms or “renaissances” The first in 1976, followed by 1987 after the category received TRIPS protection. The most recent boom started in 2005. Now some Izakayas and bars boast shochu lists with dozens or hundreds of bottles.

The most common ingredients for shochu are Sweet Potato (Imo), Barley (Mugi), Rice (Kome), Buckwheat (soba), and brown sugar. When used to make single distilled shochu (honkaku shochu), the qualities of the base ingredients come through well. The flavors might be more subtle for multiple shochus, more similar to some vodkas and gins.

Mold is also a main ingredient, ensuring that even the simplest barley or potato shochu will have a different flavor than vodkas and whiskeys. Kōji kin (aspergillus mold spore), which is also part of the sake brewing process, is used to convert the starches of a base ingredient into fermentable sugar. Different types of shochu (awamori vs honkaku) might use different steps or different preparations of kōji. There are three different kinds of kōji spores, white, black, and yellow (in order of most used according to the shochu handbook). Water, aging containers, and even treatment of the starch (rice or potatoes) can yield different results.

Many common shōchu will share a base ingredient with other spirits such as whiskey and vodka, but the alcohol by volume will be lower (e.g. 25%). This category results in a cocktail ingredient stronger than wine and beer, but weaker than some booze. Or pair for mixers (like soda) that won’t knock you out after a couple of rounds. It’s possible to find some that are 40-50% ABV, but there is a whole range in between.

Looking for something boozy? There’s a shochu for you. Want some citrus with a little burn? You get a shochu too. Want a low ABV replacement vodka in your mother-in-law’s vesper martini? Shaken, not stirred.

Each piece of this blog post deserves its own blog, Shōchu types especially. In general, there are a few different types of shochu depending on how you categorize it. If you are talking about distillation process, only two. But legally there are a few protected spirits in japan that fall into the Shōchu family. One way to slice the spirit is into it base ingredient (mugi, kome, imo, etc), but there are also specific designations based on how the alchohol is produced.

Awamori: An alcohol originating in Okinawa, and still made using the ancient techniques today. It uses black Kōji spores, has a one-stage fermentation process, and is single distilled from long-grain rice.

Honkaku Shōchu: Traditionally known as Otsu-rui Shōchu. It is more commonly named “Honkaku” or “Real thing” because the original designation meant “Class B”. Despite being labeled 2nd it was not inferior, and actually more traditional thus it has gone through a slight rebrand. There are legal designations for what can be used as an ingredient in this kind of shochu, and is required to be single-distilled, usually resulting in the flavors and aromas of the base ingredients coming through

**Ko-rui Schōchu: “**Class A”, or multiple-distilled Shōchu, the techniques are only from around 1949, and generally results in a cleaner product due to the continuous distillation process.

Honorable mention also goes to Umeshu which is a Shōchu which has has a fruit called Ume (in the family of pears and apricots) steeped in them until the booze is infused. For the purposes of this site. will consider umeshu a shōchu product. Even though it is not a type, it is a derivative of the category.

Interested to learn more? Pellegrini’s “The Shochu Handbook: An Introduction to Japan’s Indigenous Distilled Drink” is a great place to go deep on the subject. For more light reading. One of the few Shōchu importers has plenty of educational blogposts, MTC Sake.
Satsuma, a distillery in Japan also has some introductory articles on this libation