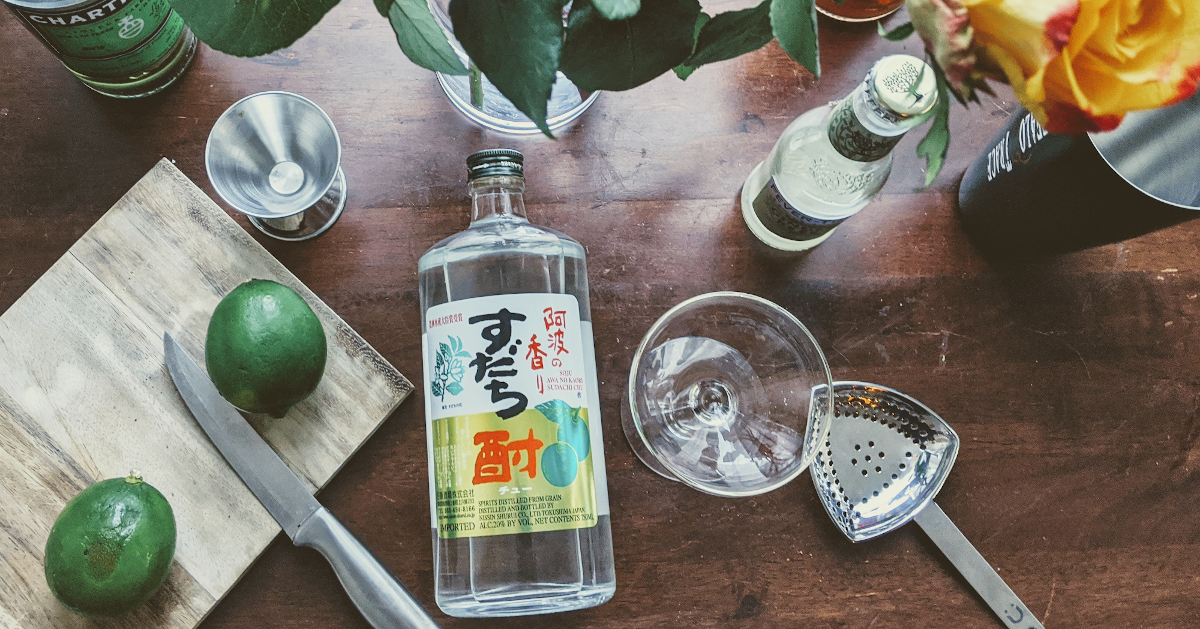 This citrus-forward shochu liqueur surprised me at first with the main ingredient (a lime-like fruit from Japan called Sudachi). It was the first shōchu I ordered, opened, smelled, and tasted. Even after cracking all the rest of the shōchus and umeshus I ordered, I decided this was the spirit I needed to make a drink with first.

This product stands out from the others in many ways. It doesn’t say what ingredient the alcohol is distilled from, but at some point in the process, they combine the juice of that fruit and a Ko-Rui (multiple-distilled shochu) into a tart and crisp blend of liquid reminiscent of rum. It has no boozy kickback and subtle sweetness. It’s possible his more of a shōchu-based product rather than a proper shōchu, but it’s a great example of how rewarding it can be to take a chance and to try one of the hundreds of different spirits floating around.

It carries itself a bit more like a gin when it comes to the aromatics, and has the prescience more of a rum than it does a Cointreau or other liqueurs.

The citrus bouquet is very easy to overpower. I was hoping to mix it a bit with Lillet (rouge) or gingerbeer or chartreuse but most of that killed the tartness I liked so much in this. I settled for a less boozy mojito/daiquiri inspired cocktail, but it’s enough of delight with just soda water or on the rocks. The distillers note that it goes well with a little plain water too. 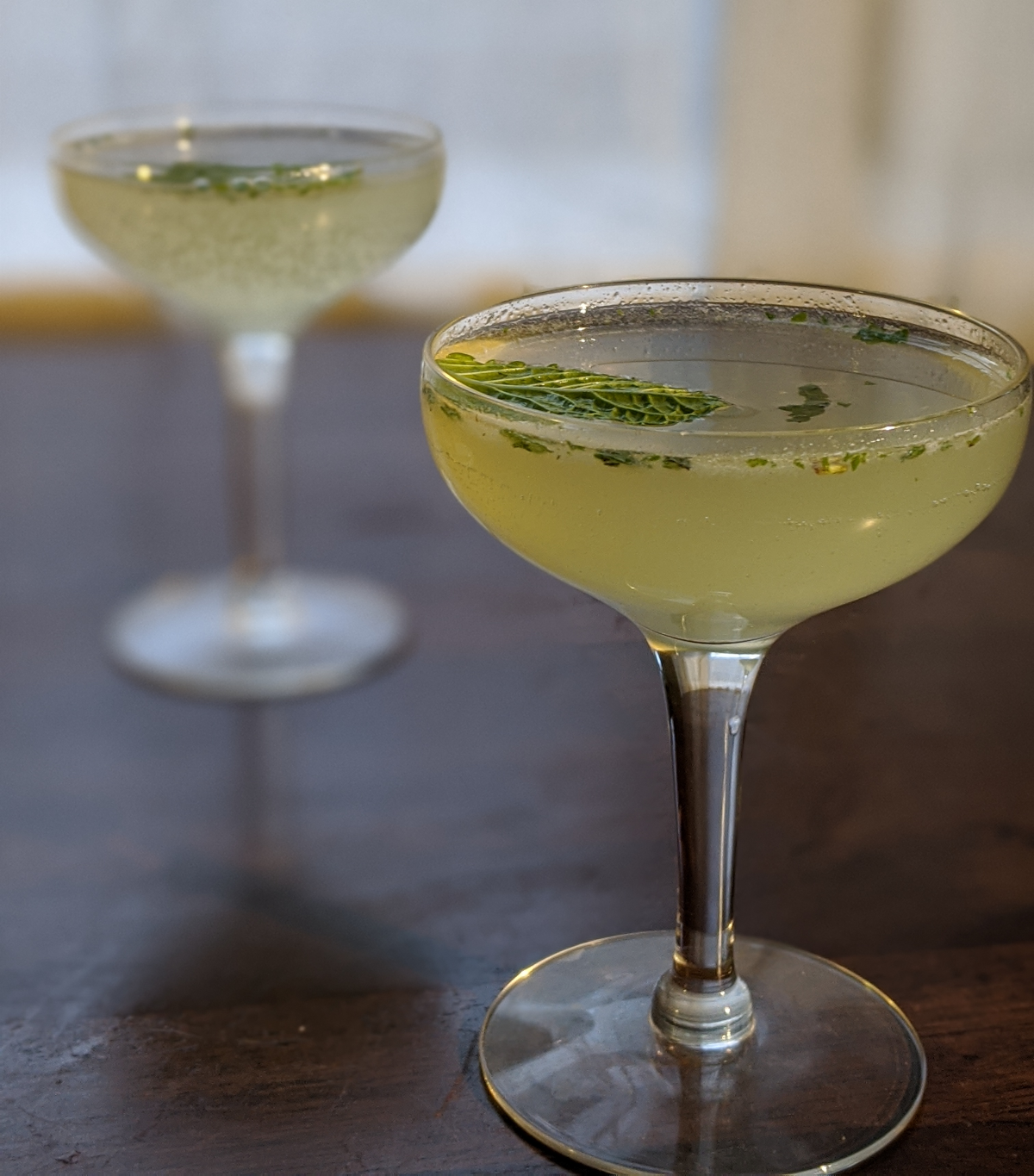 Directions:
Combine all ingredients in a shaker and shake dry. Add ice and shake again. Strain into a coupe. Top with a splash of bubbles to preference. Mint leaves for garnish. Drink. Repeat as needed until symptoms appear.

This Shochu comes from Nissin Shurui from Tokushima Japan, a sake brewery that also happens to produce some shōchu and umeshu. 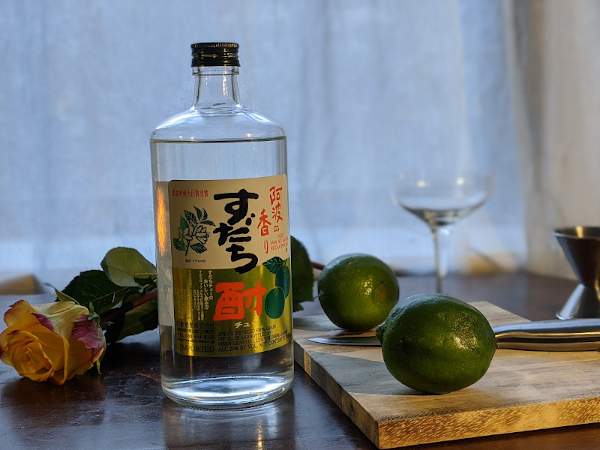 How to drink: Pairing:

Tasting Notes: Sweet and citrusy. The flavor of the fruit it's made of really comes through with very little burn syrupiness. This shōchu retains some of its main ingredient's bitterness, acidity, and a sweet citrusy aroma. Great in cocktails, on the rocks, with water or club soda, and in cocktails.

Distiller Notes: A liqueur made with the t juice of sudachi fruit harvested between late August and late September. A clean taste, combining refreshing acidity with moderate bitterness. Serve it on the rocks, and also mixed with soda.